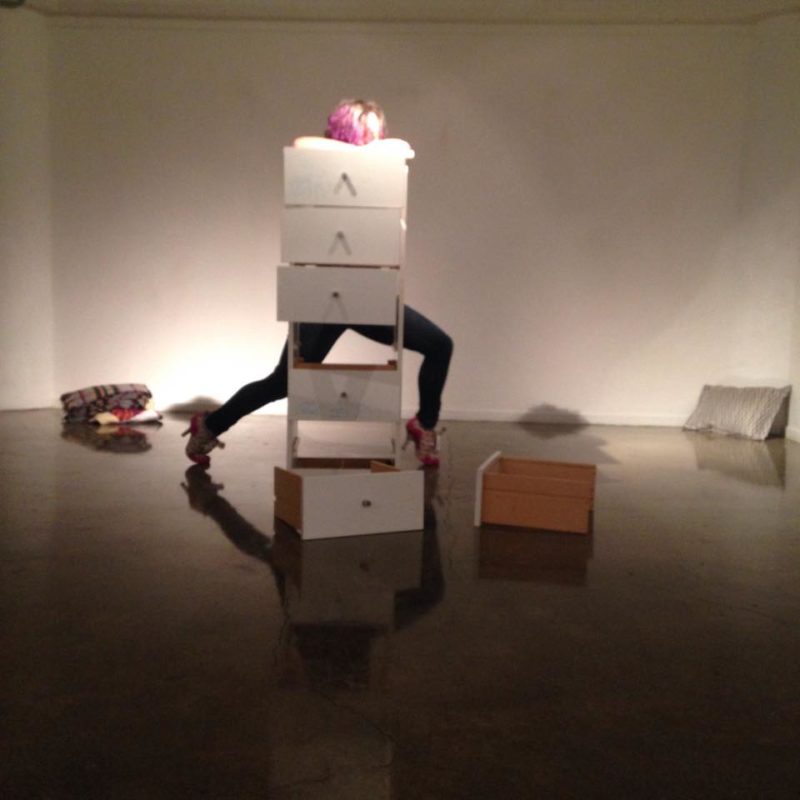 Virginia was a contributor to Messed Up on RadioActive.fm, New Zealand’s longest running mashup show and made some rad mash-ups as DJ Betty Lightbulb. Several tracks were mastered and produced by Dan Untitled.

She continues to create mash-ups, spoken word sonic layers, and remixed tracks for her performance works and you can find several of these tracks at her hearthis.at profile. Betty’s debut live set was 26 July 2018, at SAYONARA SOUP event at Space Academy, Christchurch, a community event run by Gap Filler.

Tracks include:
Some backing sounds for Feminine Hygiene, a performance art essay collab with Marika Pratley, whilst they chatted about sex work within a Marxist framework, performed at Hamilton Fringe and Ōtautahi Tiny Performance Festival 2019.

A new track for her Big Queer Anti-Wedding series as performed for #redshoesnoknickers at the glØaming, Tempo Dance Festival, Auckland, October 2019

Moral Panic, the soundtrack to a 2016 solo, featured in the Music From Her: Sound Art Exhibition in October 2018 for Aotearoa Audio Arts Festival. Full exhibition album available here.

The soundtrack for Big Queer Anti-Wedding, featuring original composition Slut Revolt by Marika Pratley and Chris Wratt, and including tracks by Marlea Black and spoken word by Virginia Kennard,

sylvia eats amy jean and emi and 19/01 breaks britney’s ice for her solo movement performance work am i ever gonna be enough, which was performed at Hyde Park Book Club, Leeds, May 2017.

Take up space and get the fuck i’m sorry im sorry as part of her dance ensemble piece Self Love is a Revolutionary Act, which was performed at Sibiu International Theatre Festival, June 2017.

Freeky Litanies 1.0 as part of her solo work on ethical consumption and sex work, am i ever gonna be enough

Coiled Up Le1fy Delia for Works for Loudspeakers, Autumn 2015 and used for pole performance Voyeurist.